Jason Greenwood, an ecommerce futurist for an in-depth discussion on key takeaways and trends in the ecommerce industry in 2020.

—Ecommerce has taken off. How does this growth affect businesses online? How can they anticipate this trend to continue into the future and to what extent?

Magento 1 demise. The first half of 2020 highlighted the end of Magento 1. That was a catalyst for a tremendous amount of work in our industry. For a long time in the A and Z region, Magento had remained a dominant platform. At one point, it had over 42% platform ownership in Australia.

As a result, there were a lot of businesses that were in a rush trying to upgrade to Magento 2, who were looking for a Magento development agency.

COVID started. In February, even March, things were getting a little bit crazy with COVID. Once the pandemic really started to bite, everybody realized: «shit, we are not ready to do 100% of our revenue through our online store, our business is not engineered for it, our supply chain, our warehousing, our digital team aren’t engineered for it».‍

Frozen projects. Every single item that was sold from a retail outlet had to be delivered via courier. The post-COVID part of 2020 was a game-changer, and a lot of projects just froze because businesses had no clue about the future.

As things became a little bit more certain, all those projects and a whole bunch more started pouring in.‍

The manic headlong rush into ecommerce. We saw people coming to us and saying ‘we got to be live on this new platform by Christmas, or by November, by October. We know it’s a risk, but we have to go live and we have to get trading online’. That’s what’s happening and I expect that to continue into 2021, as the world evolves and adapts to the rolling lockdowns.

🙌 Magento vs Shopify - which is the right platform for you? Download the Ultimate Guide.

Retail isn’t dead. In New Zealand and Australia we were growing at about 1% a year in terms of total retail penetration, so we were at about 9% pre-COVID, and we probably might jump to 19% after it, but that still leaves over 80% of retail sales being done through physical.

—This whole sudden surge in demand to build ecommerce and online presence. Could this possibly resemble a tech bubble

Businesses now have had a shot over their bow. They’re not gonna soon forget that shot, even once things get back to a much more normal scenario.

☠️ Now, because of the COVID, you either have an ecommerce play or you die.

This is true even for massive global brands like H&M, which had over 80 stores in Australia, but only recently started servicing their AU customers online.

Biometric Ecommerce Is Already the Norm

Another key thing that is going to become huge over the next, say two years, is biometrics that will become a much bigger piece of the puzzle in the Western world, while it’s already the norm in Asia.

You can buy with your face, with your fingerprint, you can do all that stuff. AWS Cognito already supports biometrics, I expect that to become a lot more normalized over the next few years.‍

—It’s a very outrageous thing for some people in the Western world. It’s an invasion of privacy. How soon can this happen?‍

My position is, people actually don’t give a f@ck about privacy. People wouldn’t share their entire bloody life on social media, they wouldn’t carry around a tracker known as a cell phone in their pocket, they wouldn’t have these extreme expectations of personalized online experiences. GDPR is an absolute sham.‍

People want personalized online experiences. The first major retailer to introduce biometrics into the in-store experience will break the dam, and it’ll be a massive game of catch-up.

AR as a Bridge Between Online and Physical Retail

—What do you think about augmented reality? How do you see AR build a bridge between online and physical?

I think AR is going to see radically increased adoption long before we ever get to the full VR world. I believe a full VR world is coming. There’s no question about that. And then once they hit a certain threshold, then they go parabolic and it goes nuts.

China experience. Look at Starbucks. They’re using AR massively in China, in their showcase stores, where you walk up to one of those massive bean cooker things, and then they’ll have a little QR code that activates an AR overlay over that part of the store that tells you the history about that part of the store, what that thing that you’re looking at is. We’re seeing lots and lots of creative uses of AR.

We’re going to get location-aware AR through AR glasses before we get full VR. And we’re going to get information bubbles popping up when we’re looking at something where it’s almost like you’re searching for it on the internet.

—Instead of wearing technology, we merge with technology. Is that something that can happen in the next few years?

We’re not gonna have a choice…because, and this is probably long after I’m dead. Because once those computer-brain interfaces become the norm, it’s gonna be very much like the matrix, where the guys eating steak, and he goes, ‘look, I know, the steak isn’t real, but I love it anyway, basically, and I’m going to eat it anyway’.

😻 What was once taboo in society, eventually, is adopted by the early adopters, it becomes mainstream, and then it becomes an expectation.

Everything is ‘AI’ these days

I believe that AI is not in the mainstream. What is called AI, 99% of the time is just algorithmic Machine Learning. I think AI is a term that is bandied about as a marketing term more than anything else.

Do I believe it’s here now in the mainstream? Absolutely not.

😵 A lot of clients come to you, and say “We need AI, we need data, we need AI”. And I’m going “you don’t, you won’t, and you don’t need to” because all you have to do is consume someone’s product as a service, integrate that into your website. And they’ll deal with all the technology, you don’t need to build it directly into your UX.

The reality is that 99% of retail brands don’t need to think of AI, because the technologies that they use in their commerce stack are going to have AI built-in when the time comes anyway.

—Have you ever heard about apps like Voiceflow, for instance, which allow you to build a voice app without coding? How do you see that play out and integrate into our daily existence?‍

Voice’s going to become as ubiquitous as AR, as ultimately VR will become. COVID has really slowed down, in some respects, voice adoption and voice development mainly because there are so many businesses that don’t even have the most basic building blocks in their business. I think that we still have ways to go.

No-code movement is a really important one. It’s going to become much more common moving forward for lots of things not just for building mobile apps and voice apps.

Voice will go parabolic. Anything that can be done to accelerate the creation of useful voice apps should be done. The other thing holding voice back is that at the moment there’s no killer app. With smartphones, having access to the internet was the killer app, right?

And it defined the smartphone era of being able to basically have a computer in your pocket. A voice has yet in my experience to find that killer app that nobody can live without, once that happens, voice will go parabolic.

And that the same thing will happen to voice, to AR, to VR, to biometrics, any new technology that comes down the pike, whether you like it or not.

M-commerce Is Taken Over Ecommerce

—In 2019, it was estimated that by the end of 2021, 73% of ecommerce sales would’ve taken place on mobile devices. But how do you see that stat playing out?

With the pace of human behavior, things always take a little bit longer than we think they’re going to take and, huge major digital pundits have called already that 2021 will be the death of bricks and mortar, the death of physical retail.

But do I think that smartphones accounting for 75% of ecommerce business by the end of 2021? That’s a big ask.

Social Media Involvement: There is No Game-changer Yet

—For companies, it’s now not enough to build their presence on SM. It’s a different approach, it’s not organic, you have to spend a lot of money. And then you also have to build your shops on social media. How do you see that evolving and projecting into the future?‍

If we look at Asia, WeChat is a super app, every single Chinese person from young to old uses it. It dominates the vast majority of mobile commerce. Even just purely as a payment tool.

This whole redirect to a website to complete the purchase in a cart off social introduces way too much friction.

There’s no onboard wallet within the app, the wallet has to have your delivery address, your billing address, to have your safe credit card details and a tokenized way, it has to facilitate basically single touch purchasing, and as an impulse buy.

There is no game-changer yet. I know Facebook is slowly working on it.

But once they get in-app purchasing sorted across their entire ecosystem, and once they get live stream shopping capability and purchase capability embedded into all their platforms, once those two things happen, you’re going to see that game-changer.

There is a lot of friction today…and even in TikTok with their new announcement, with Shopify and all the rest. You still get redirected to a Shopify store to execute the transaction.

So, it’s not a seamless experience. And until those major friction points are resolved, we are going to continue to have stumbling blocks to the adoption rate of contextual commerce and social media.

The interview was first published on Medium. 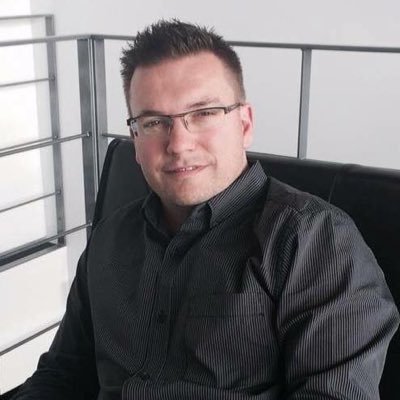