Today video streaming has become one of the most effective ways to engage with customers. According to stats, by 2025 the enterprise video market size will reach $25.6 billion, a $9 billion increase compared to 2020. The demand for online video grows exponentially, as well as the number of video hosting solutions.

There are many fine ones on the market, but sometimes they don't fit the specific needs of broadcasters and have plenty of limitations. As a result, some businesses prefer to build a custom video player to meet their needs and goals.

welearn is Europe's leading e-learning platform for animal lovers. Currently, there are two brands under their roof: wehorse - for equestrians, and wedog - for dog owners. The platform provides video lessons and courses in the Netflix format. There are recommendations, search, downloading, browsing history and other similar features. Access is organized by subscription.

The client was looking for React Native developers to assist in MVP development for the wehorse streaming platform. 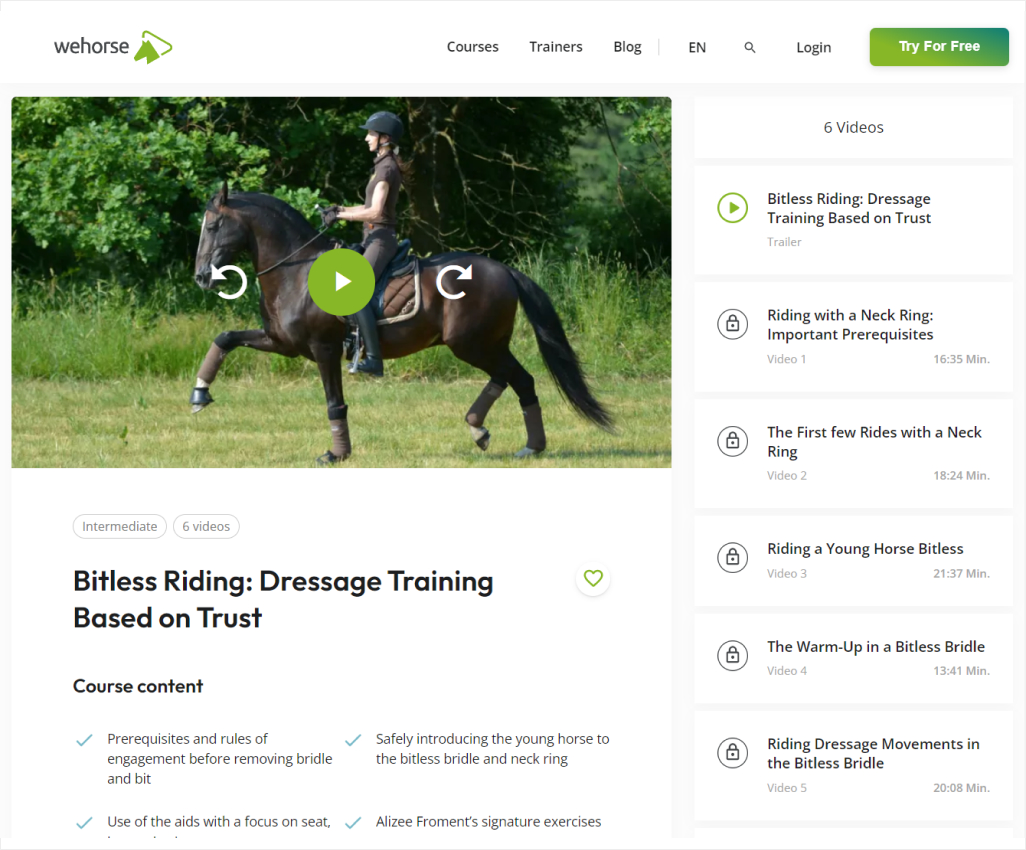 Do you know that feeling when you set up an ambitious plan to realize fast, but there is some hitch? The goal is to hit the market quickly - to ship an app within a few weeks.

That was precisely the case our client faced. Their wehorse app was planned to see the world in 8 weeks, but finding qualified React Native experts locally and quickly was challenging.

Besides, the initial version of the app had bugs and limitations, and the goal was to find a better solution that could solve a whole bunch of issues.

Grinteq developers picked up the app at the prototype stage. We migrated it from Expo to a clean React Native language, enabling new functionality that was hard to realize with the previous technology. Video playing has become available for all Android devices.

To make the product clear and friendly for the end-user, we united with welearn's designers, supporting UI and UX. Native platform code and custom UI components resulted in higher performance, stability, and easier app maintenance; new UI design has solved the problem of video freezing and other bugs. Grinteq engineers forked react-native-video, added the native module for downloading and offline video playback, enabled the full-screen player mode, and implemented tracking.

The application now supports multiple configurable targets. Done job also lets create standalone apps with its content and branding but the same codebase. This way, the client cut their costs on further development and built a long-term strategy of launching new products on the market. 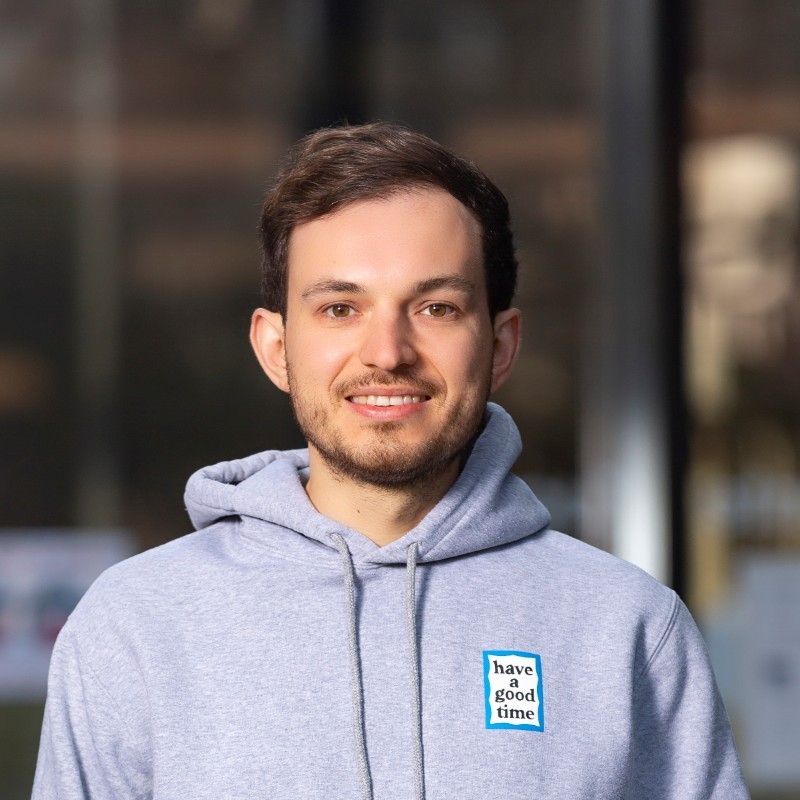 We wanted to develop a custom mobile app on React Native and did not have the expertise in-house. Also, we wanted to have 2 deeply integrated high-skill developers. The goal was to ship an app within 8 weeks. We have been very successful in this project.

See more of our work 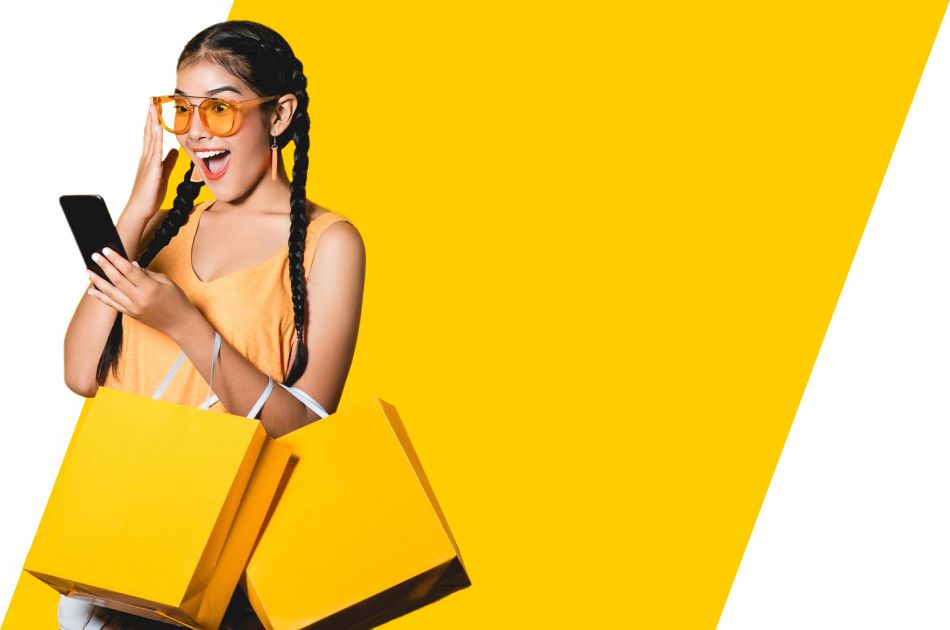 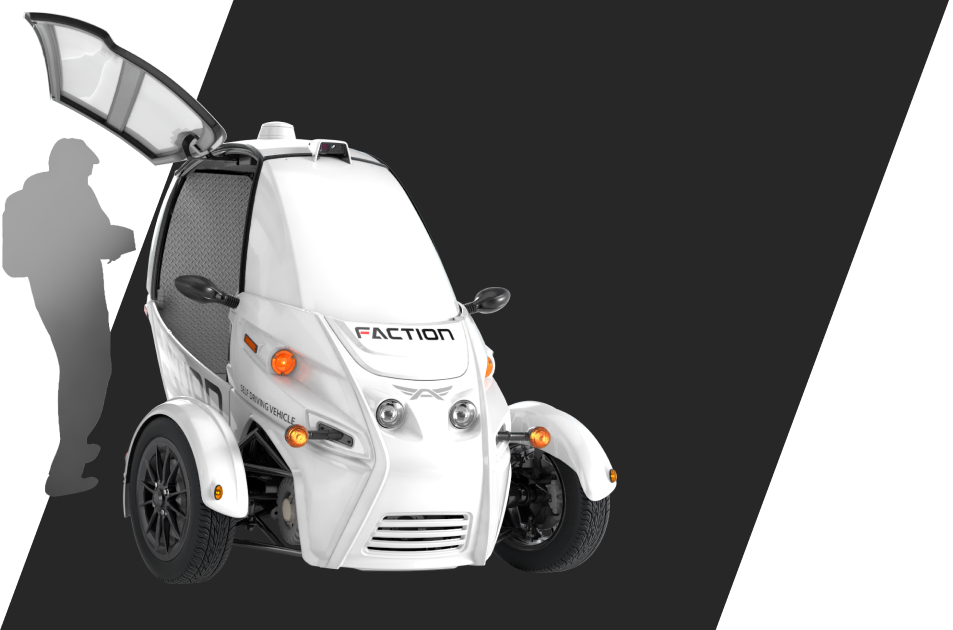 An immersive design and MVP for a Silicon Valley startup that develops driverless solutions for light electric vehicles.

Your message was successfully delivered to our inbox, and we've already started to consider your request carefully.
Get back to you soon!
While you are here, feel free to check top ecommerce insights.
Check our blog

Oops! Something went wrong while submitting the form.